The Red Devon is where we it all began in 2013 with a trip to meet Guille Yearwood just West of Blacksburg and view his wonderful Red Devon’s. We started with 11 3-in-1's, Four Steers, and two Red Devon Bulls. One was a National Champion Rotokawa 2 year old bull and the other was a 2 year old Potheridge. Both of which were legendary and historically significant genetics. These cattle convert and have very few problems doing so with little input outside of their natural habitat. Shortly behind the initial purchase we added 12 more fall calving cows. Most of the originals were hybrid Devon and Angus Cross. The Devon Angus Cross cattle are excellent moderate framed cattle and are very tender when they hit the plate. Unfortunately unless you are selling most of you cattle direct to consumer the value of this breed gets overlooked at the sale barn.

So in 2017 we began to shift away to what the market wants more of and that is black hide. Now do we believe that magically there is something different based on pigmentation, No of course not we are rational human beings. However market forces are in place that disagree with this notion. So we are moving more towards a Black Angus, Baldy, Composite Commercial herd. There will always be some Red Devon Influence and they provided a great beginning to something that hopefully last generations.

The Red Devon’s area historically significant breed that has wandered in and out of exploration and generations and cattleman. The Romans discovered red cattle on the  British Isles as they expanded into Europe over a 1000 years ago. Jamestown colony also had a small herd of Red Devon cattle and as a Virginian this was a very special connection. Many famous Virginians since Jamestown have owned Devon Cattle like George Washington, Robert E Lee, James Madison, and many more. We will certainly have their influence in cross breeding for years to come. Those Ruby Reds play a special role in history and they look great out in our pasture mixed in with the Black Angus, Herefords, and Black Baldies.

The Devon Cattle do what they are advertised to do and they raise good calves, Have very few birthing problems, Stay healthy on pasture alone, and most importantly created delicious beef. If anyone is starting a small farm herd I would definitely recommend the Devon breed for all of the prior reasons and there are some great reputable breeders here in Virginia to help you get started. Ivy Croft had a great experience with the Devon’s and we are retaining a few to keep and mix in as well as some Hereford/Devon Crosses which are Red Baldies. 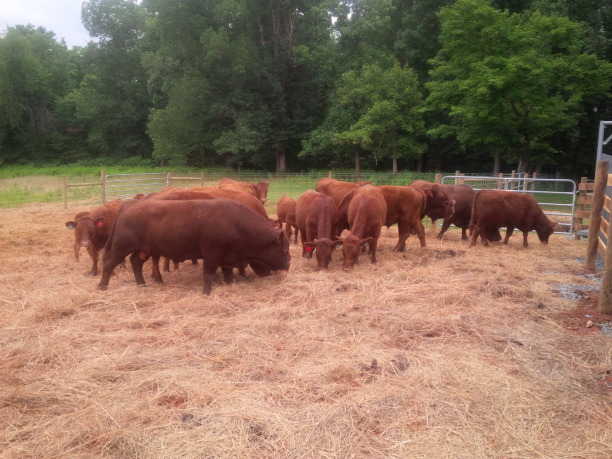 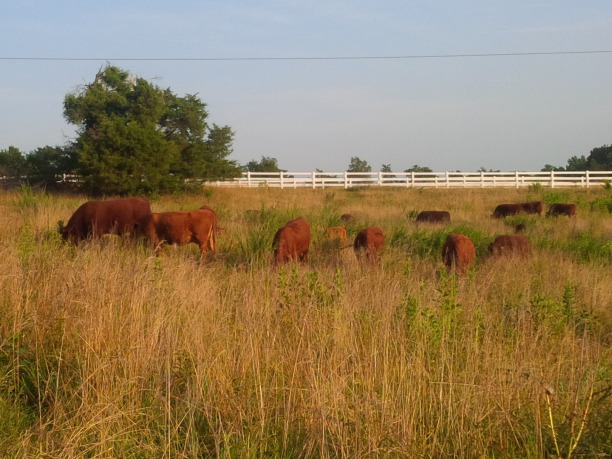